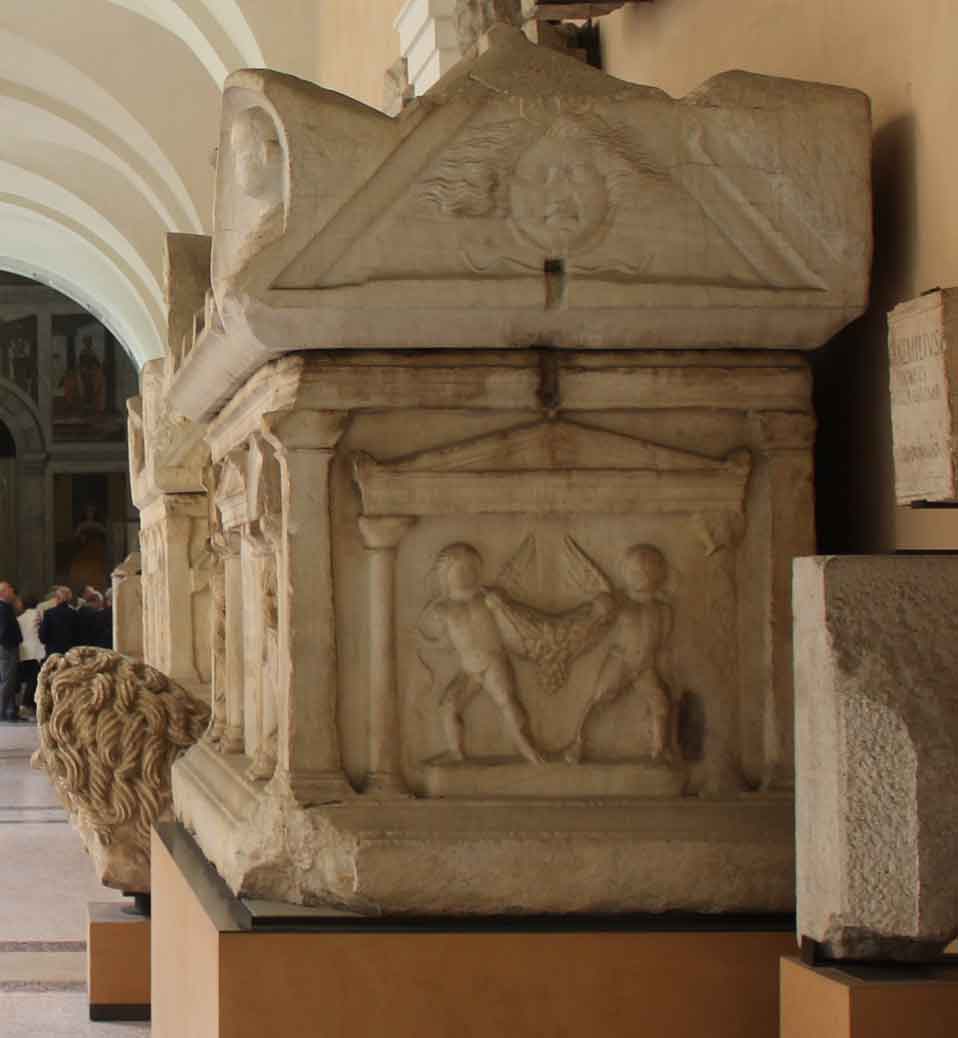 The Estense lapidary was the first public museum established in Modena. Duke Francesco IV d’Austria-Este founded the ‘Museo Lapidario Modenese’ March 31st 1828. It was modelled on illustrious examples such as the Museo Lapidario Maffeiano in Verona (1738) and the Galleria Lapidaria in the Vatican Museo Chiaramonti (1800-1823), yet with a special civic function aimed at glorifying the city’s distinguished past stretching back to its Roman origins when the city was the colony of Mutina. The original nucleus of the collection was made up of artefacts already held at the Palazzo Ducale of Modena, either purchased by the Este family from other collections of antiquities or found during excavations in the ducal territories of Brescello and Novellara. From the offset the citizens of Modena, led by representatives of the clergy and nobility, donated materials in their possession and helped finance the museum. In the space of a few years the Lapidario experienced significant growth, as confirmed by two epigraphs commemorating its benefactors (from 1828 and 1830, respectively) kept at the museum to this day. The annotated catalogue published in 1830 by the museum’s first director, Carlo Malmusi, set out the institute’s founding principles: “to serve archaeology”, “in memory of illustrious ancestors” and “for the study of the development of local sculpture”. From the beginning the museum collected more than just Roman artefacts. Indeed, it included memorial stones and tombs that had been in the parvis at the south face of the Duomo for centuries (up until the late sixteen-hundreds) and from other sacred buildings in Modena and Reggio Emilia. This practice had emerged in Bologna in the early-humanist era when monuments were built in remembrance of the citizens who had excelled in the fields of law and medicine in particular.

After the Unification of Italy, the Museo Lapidario Estense acquired more space under the direction of Arsenio Crespellani, author of the updated catalogue of 1897. Cesare Giorgi was the author of the last installation, carried out in 1938 and carefully restored at the end of the twentieth century. 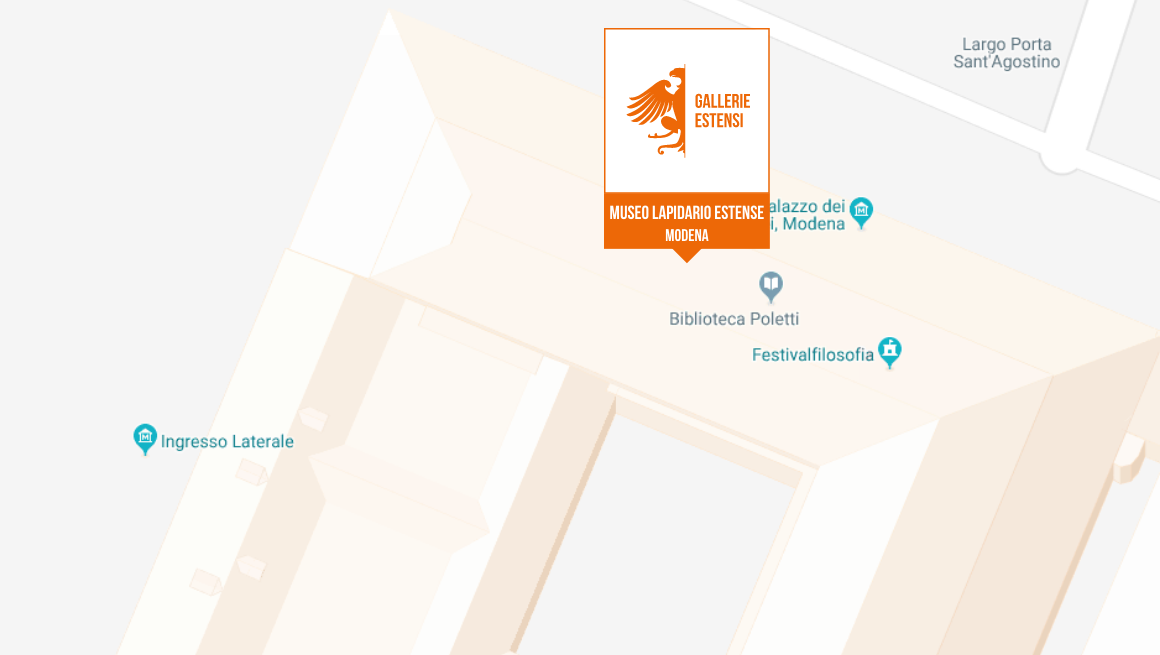 Museo Lapidario Estense is located on the ground floor of the Palazzo dei Musei, in Largo Porta Sant’Agostino n. 337 in Modena. It can be reached also from the entrance without architectural barriers on Viale Vittorio Veneto n. 5

Leaving the railway station, cross the square in front and turn into the short street called Via Francesco Crispi which will take you to Viale Kosica. At the traffic lights turn right and follow this road as far as the roundabout. At the roundabout turn into Viale Berengario on the left and continue walking until you reach Largo di Porta S. Agostino (15-20 minutes).

Leave the Autostrada del Sole (A1 Motorway) at the Modena Nord exit and take the by-pass as far as the “centro storico” exit. After this, follow the signs for “Palazzo dei Musei”.

Please note that access to the historic center over Largo Porta Sant’Agostino is a Limited Traffic Zone.

From Monday to Sunday

Access to groups of up to 30 people is allowed if booked in advance.

The entrance for visitors with reduced mobility is located on Viale Vittorio Veneto no. 5. From there, follow the relevant signs to reach the ticket office and exhibition space, both located on the ground floor and equipped with access ramps. The Museo Lapidario Estense is situated on the ground floor along an easy-to-access visitor route. To reach the Galleria Estense, there is a lift that stops on the fourth floor; front-of-house staff provide access to the floor avoiding all architectural barriers by opening a special ‘passageway’. Galleria Estense can be accessed in its entirety and without difficulty in a wheelchair or with walking aids. Biblioteca Estense Universitaria, located on the second floor, can be accessed using the same lift.

A multilingual guide on a tablet is available to visitors

The tablet application includes a multilingual guide to the Museo Lapidario Estense in Italian, English and French, with audio content enriched with texts and photo galleries. Just follow the visitor route, and when you pass a sensor beacon, the multimedia guide will suggest content related to the various points of interest among the works on show. Each point of interest has an enhanced label with information in the form of text and audio commentaries. The tablet is free for all visitors who buy a ticket to the Galleria Estense and Exhibition Hall (on consignment of an identity card).

Sign up for the latest news, events and appeals