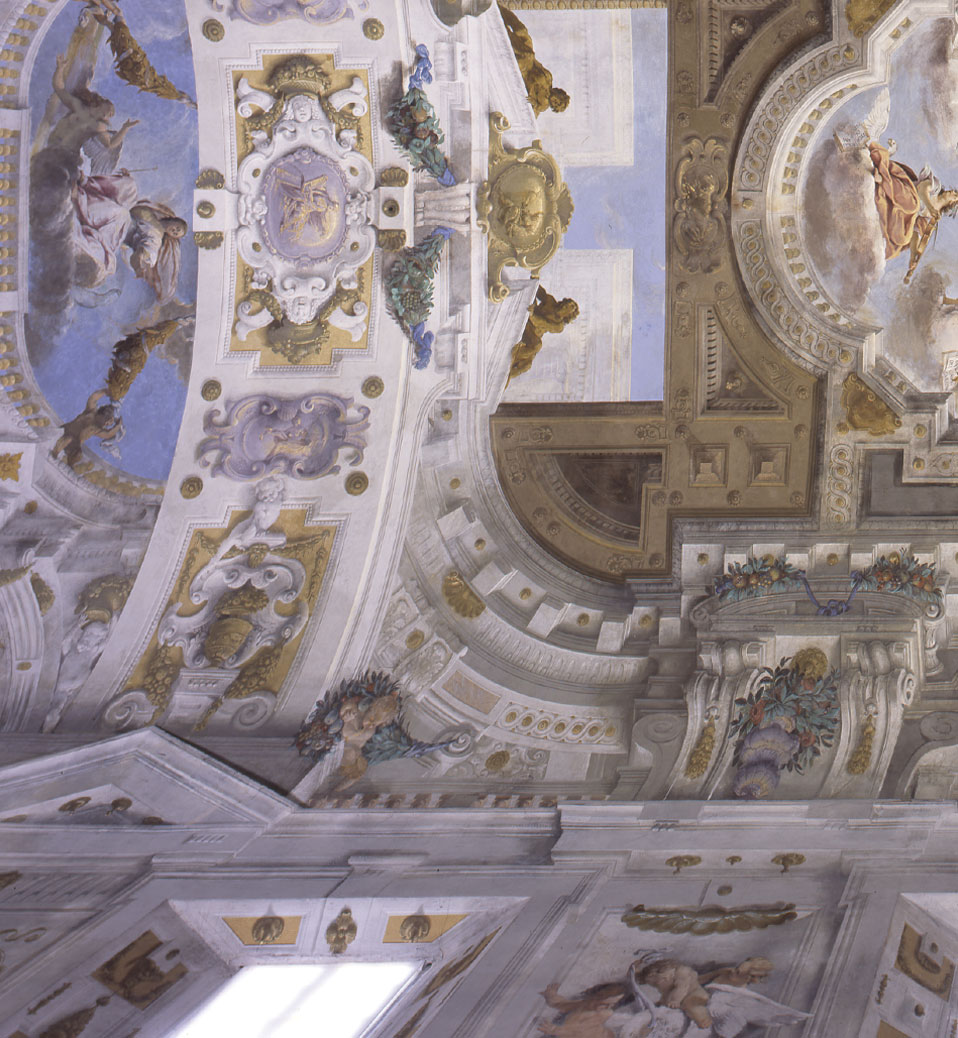 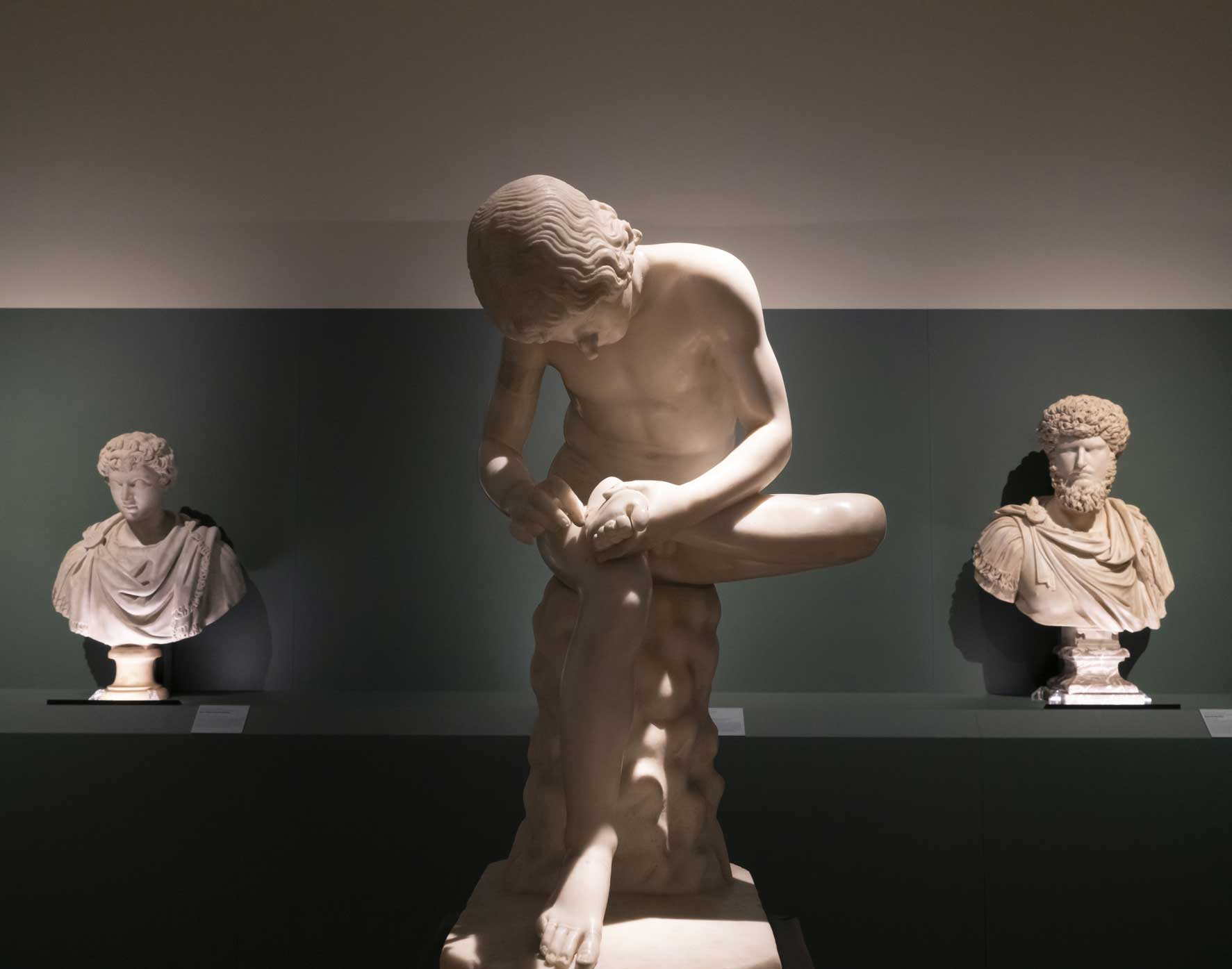 The Galleria Estense opened to the public in 1854 by Francesco V d’Austria-Este and since 1894 is located on the fourth floor of the Palazzo dei Musei where it occupies four large halls and sixteen rooms. The museum is dedicated to the exceptional and eclectic art collections accumulated by the Dukes of Este from the days of their glorious Signoria Ferrarese and it comprises Italian paintings from the fourteenth to the eighteenth centuries (including a nucleus by masters of the Padana school): marble and terracotta sculptures; decorative arts (objects that made up the sumptuous ducal wardrobe); as well as drawings, bronze statuettes, maiolica pottery, medals, ivories and musical instruments. Amongst the most significant works are: Cima da Conegliano’s Pietà, Antonio da Correggio’s Madonna and Child, the Portrait of Francesco I d’Este by Velázquez,the Modena Triptych by El Greco, Gian Lorenzo Bernini’s marble Bust of Francesco I d’Este and the Crucifixion by Guido Reni. 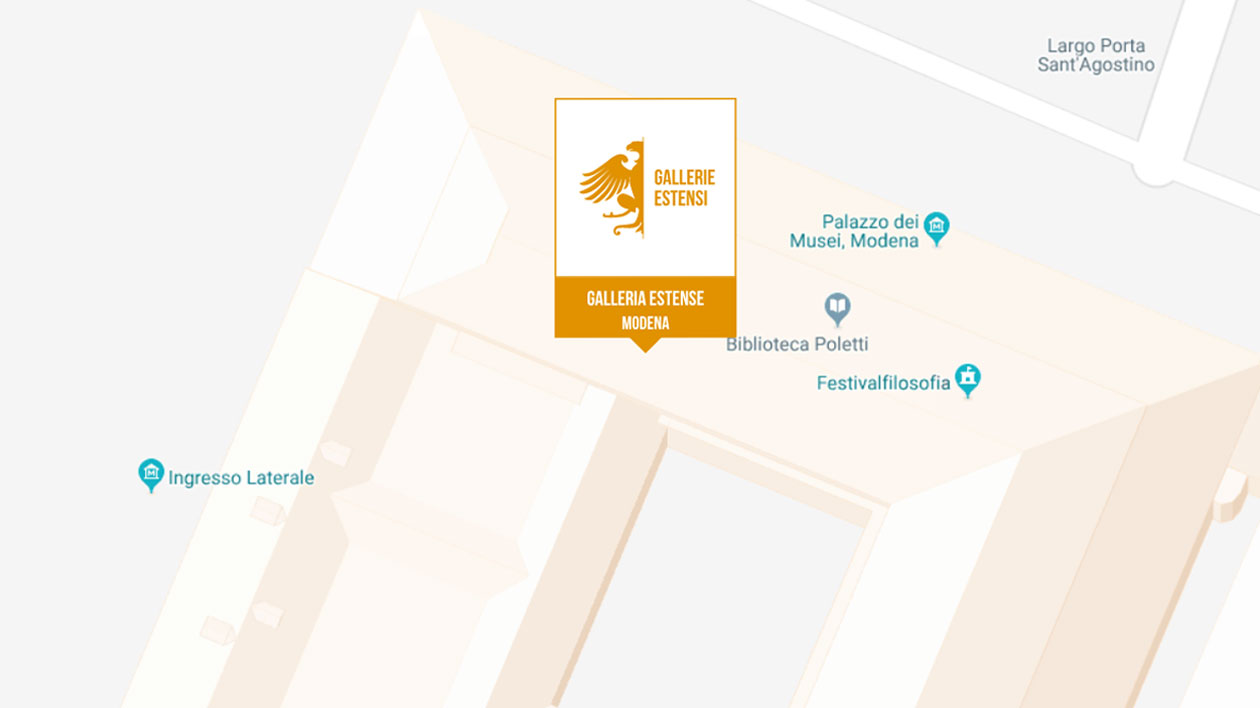 Leaving the railway station, cross the square in front and turn into the short street called Via Francesco Crispi which will take you to Viale Kosica. At the traffic lights turn right and follow this road as far as the roundabout. At the roundabout turn into Viale Berengario on the left and continue walking until you reach Largo di Porta S. Agostino (15-20 minutes).
bus routes nos. 7, 11
connections: railway station – Largo di Porta S. Agostino.
TAXI From the railway station
Leave the Autostrada del Sole (A1 Motorway) at the Modena Nord exit and take the by-pass as far as the “centro storico” exit. After this, follow the signs for “Palazzo dei Musei”.


From Tuesday to Sunday

Communication from the Ministry of Culture

Please note that this Institute is committed to offering the public the widest possible visiting hours, in compliance with the criteria set for the public opening, supervision and security of state museums and cultural sites set out in the Ministerial Decree of 30 June 2016, pending the completion of the planned selection procedures aimed at overcoming the current staff shortage and subsequently increasing the number of staff in service.

The prices listed are at the normal rate and do not include special discounts (for example, the Philosophy Festival, European Heritage Days etc.) or additional charges for exhibitions. For these, go to the online booking page or the page dedicated to the event.

An itinerary with seven ‘tactile stops’. This itinerary, launched in 2019, is aimed at blind and partially sighted visitors but can also benefit able-bodied sighted people. The seven ‘tactile stops’, distributed along a route around the Galleria Estense interpret seven masterpieces through panels composed of Braille translations and relief diagrams. The provision was developed thanks to a generous gift from the Rotary Club Modena.

Admission is free and prioritised for visitors with special needs and their companions.

The entrance for visitors with reduced mobility is located on Viale Vittorio Veneto no. 5. From there, follow the relevant signs to reach the ticket offices and exhibition space, both located on the first floor and equipped with an access ramp. The Museo Lapidario Estense is situated on the ground floor along an easy-to-access visitor route. To reach the Galleria Estense, there is a lift that stops on the fourth floor; front-of-house staff can provide access to the floor avoiding all architectural barriers by opening a special ‘passageway’. Galleria Estense can be accessed in its entirety and without difficulty in a wheelchair or with walking aids. Biblioteca Estense Universitaria, located on the second floor, can be reached using the same lift.

Sign up for the latest news, events and appeals